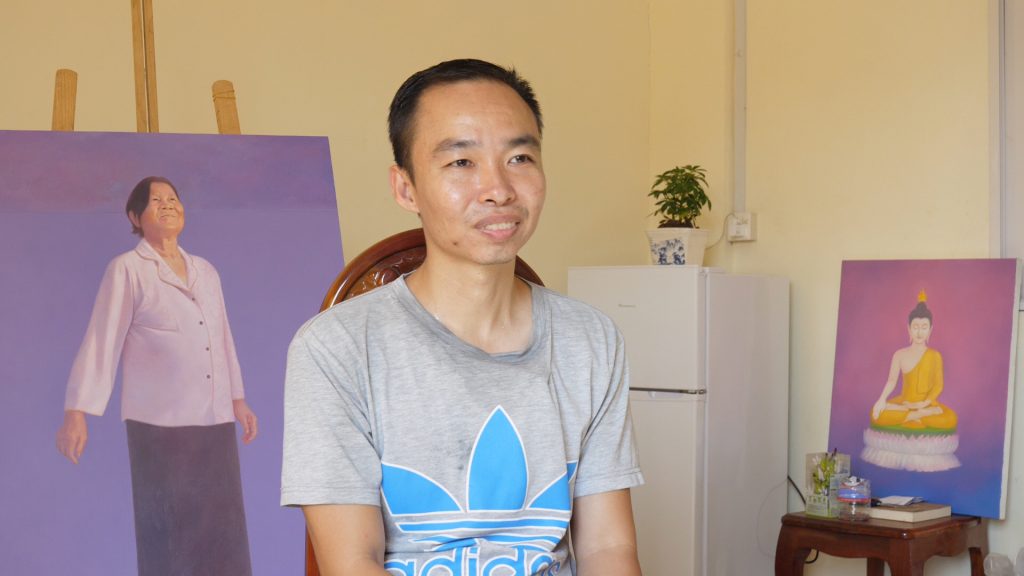 Chov Theanly was born in 1985 in Battambang province, Cambodia. He has been learning traditional drawing and painting with his uncle who is a sign painter since 1999. He graduated from Graphic Design at Vocational Training Center of Battambang (2007) and he graduated from Law Major at Chamroen Poly Technology in Phnom Penh (2011).

His works focuses on many things close to his life and drawn from his own experience as artist, through a simple gesture to tell the story of everyday life and personal aspirations. He is sparing and efficient with his use of colors and lines.

Exhibit by Cambodian artists at the Flinn Gallery in Greenwich
Ctpost
By Joel Lang
May 9, 2017

New Exhibit at Flinn Gallery: Cambodia, Looking Back on the Future
Greenwich Free Press
By Karen Sheer
May 2, 2017

In “Striving,” Artist Probes Ties Between Fantasy and Reality
The Cambodia Daily
By Michelle Vachon
November 24, 2016

Battambang painter digs into the divide between real and projected
The Phnom Penh Post
By Audrey Wilson
November 18, 2016