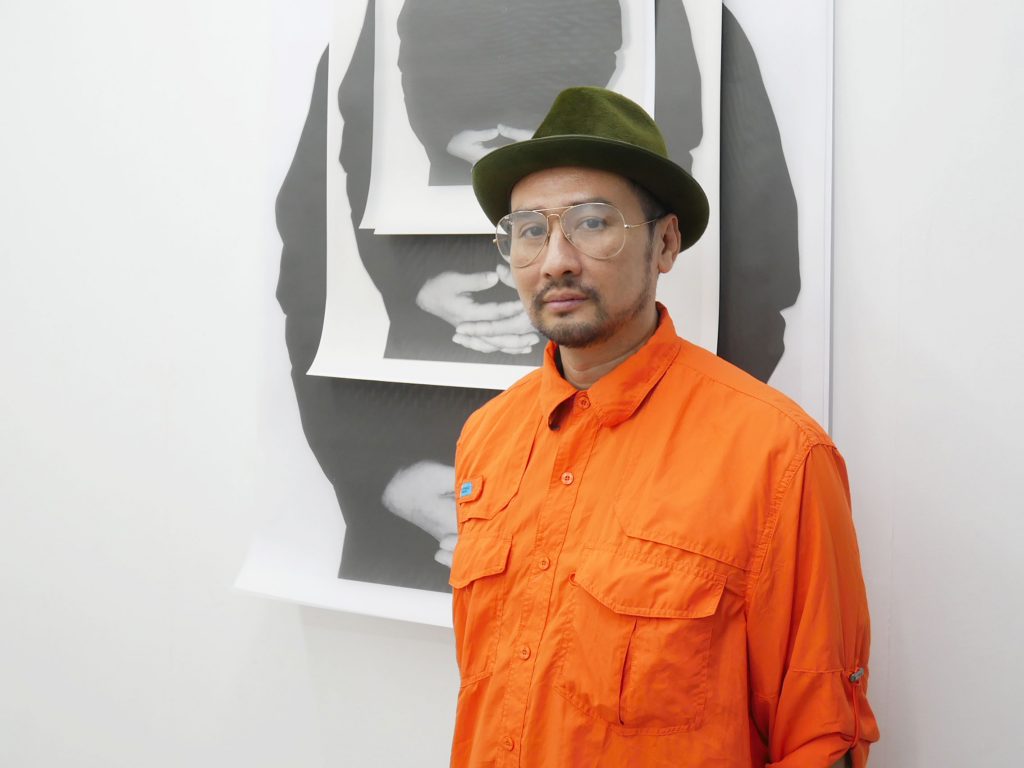 Having learned the arts in the United States, Australia, and two other countries, Kata Sangkhae seems to have had a different impression of each country. As for the U.S., he felt and was stimulated by the entertainment culture like a Hollywood movie.

An Australian illegitimate nested Kata was incorporated into his unique approach of playing someone's role in understanding the problems and feelings that a particular character had to face. If we try to act and feel like lawless people confronting oppression, we may be able to understand that position and confront social inequality.

These environments are the foundation for producing his works that express various emotions even after returning to his home country, Thailand.

Who really controls us?

Through his work, Kata Sangkhae is vehemently questioning authority. Currently, there are no frequent riots and rallies in Thailand as before. He says Thailand has finished one step.
His work tends to reveal and involve abuse of complex patterns, subtle violence hidden under the act of love and compassion, and abuse that brutalizes physical and spiritual wounds. In ancient times, we fought with fists, swords and even guns, hurting the enemy's body. Nevertheless, mutual respect was given to each other's tactics and honors, but in this capitalist dictatorship society, people hurt each other with more complex weapons, and they get hurt in many aspects of their lives without honor or integrity.

If we were to interpret his art more seriously, we would likely hear the question "Who really controls us?" in love and human relationships.

There are external and internal factors that affect or interfere with the mind at each stage of life. Kata Sangkhae's works express a variety of emotions depending on the three-dimensional, video, music, etc.

A heart-shaped object that appears frequently in his works. With the beating of our hearts, we embrace birth and death, freedom and dictatorship, bliss and violence.

At Bangkok Biennale 2018, a piece called "Companion Hands" that incorporated the body language into the installation work was exhibited. The boxes of bullets are the platforms, and the hearts made with the hands that also appear in his work are symbols that signify both happiness and sadness.

One of his activities is the creation of hip-hop music. Rap music is a healing from a personal crisis for him, a powerful statement in both individuals and societies.
The song "Kill Dragon" from his hip-hop project "SK secret killer" says that a young king is waiting to grow to get rid of dragons.

Kata Sangkhae
Born in 1976 in Thailand

Award-winning history
2012 Doctor of Philosophy Scholarship by Bangkok University
2002 The D' Arcy Hayman Award
2000 Master of Fine Arts scholarship by Bangkok University
1998 (The prize), "The New Expression in Thai Contemporary Art" The collaboration between a group of Japanese artists and the Department of art Theory, Silpakorn University, The gallery of the Faculty of Painting, Sculpture and Graphic Arts, Bangkok