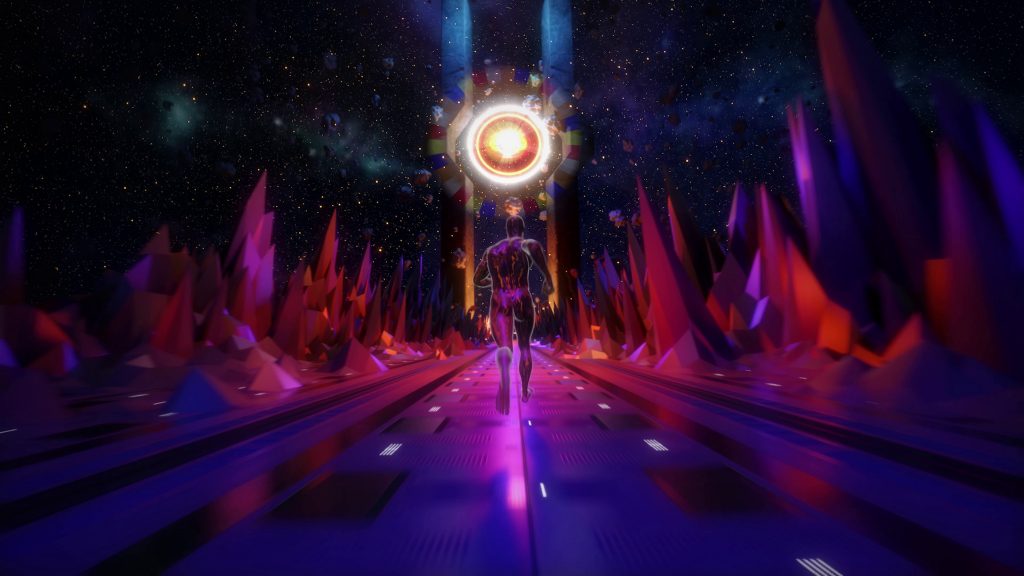 All images courtesy of the artist

In the world where men keep themselves grounded, they believe their souls will go to nirvana when they die. Through the beliefs around afterlife, it also can be used to magnify the condemnation of individuals in the present life. Because of the terror of punishment in Hell, human beings remain themselves with righteousness avoiding evil actions themselves. It, however, has helped guide them to follow a certain direction hoping to build the great civilization since the beginning of century.

Buddha’s halo light traverses the mortal cycle from birth to death through the symbol of light, the source of goodness in the eternal universe. Light is a life-giving power which is often associated with immortality and a higher existence in each religion. It also has earthly significance by giving rhythm to our daily experiences through a cycle of presence and absence.

My curiosity and exploration of these concepts led me to the entry of the universe of ultimate reality, that contains all realities and delusional imagination. Through this work, I hallucinate Buddha’s halo light in the cosmos with the ambiguity of eternity and enlightenment. By manifesting Buddha’s halo light by way of parallel processing I explore the worship of hallucination and transcendence in the eternal universe. Through symbolization, we are grounded back into our own reality through which we sustain our basic values and fundamental principles.

Song Seakleng
Born in 1997 in Kampong Thom Province, Seakleng relocated to study in Cambodia’s capital of Phnom Penh in 2011 and graduated in Media Management from the Royal University of Phnom Penh in 2020. He joined group exhibition, Possibility, Transferring and Passing at Sa Sa Art Projects and directed Psycho selected in Chaktomuk Short Film Festival—Cambodian Highlight in 2019 while working as a production intern at Anti-Archive film company. He was one of the five artist awardees for Creative Generation 3 in 2020 and simultaneously directed Blossom In The Summer. He also worked as an assistant lecturer for the third generation of Contemporary and Documentary Photography class at Sa Sa Art Projects. He was invited to join Pisaot artist residency program at Sa Sa Art Projects to research and experiment on new work and later joined group exhibition, Visualizing Histories in 2021.