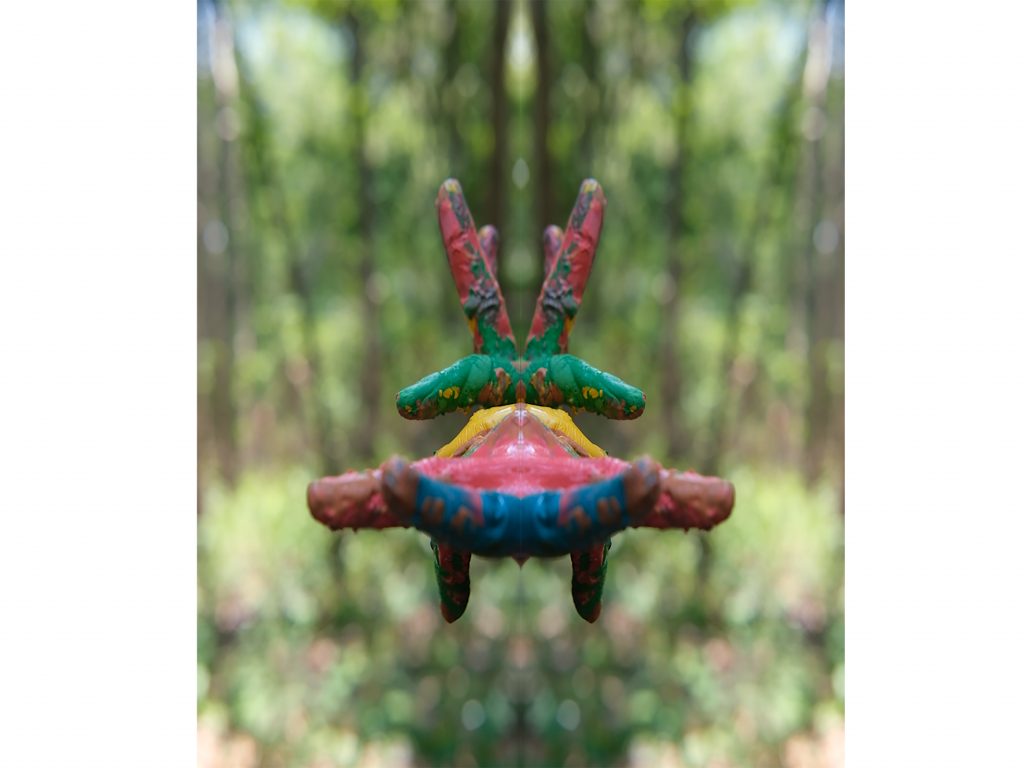 Imagine the possibility of any wildlife existence that could be insides the forest. Would its shape, color, texture, movement and identity resemble or alienate from the existing wildlife? What if they existed, then were extinct? We could learn much more about their evolution to this present time.

Choulay Mech (born in 1992 in Kandal province) lives and works in Phnom Penh, Cambodia. She is an artist, documentary filmmaker and a freelance journalist at VOD. Her passion for the job, particularly on environmental and animal rights issues, and she has a sensitivity toward human-interest storytelling. She also helped on an article in early 2020 about Cambodian mental health facilities for the Washington Post. She did a nice feature earlier this year about the changing lives of fishing communities living on floating villages around the country’s biggest lake and river system, the Tonle Sap.

She has a strong background in photography and video production as well; she’s had photo exhibitions and completed one-year extensive training in documentary film production at the Bophana Audiovisual Resources Center, directing a short film “My Home” about elephant conservation in Mondulkiri. In 2020, she received an award from Creative Generation 3 Awards. The next year, she got three grants, one from Angkor Photo Festival, in Cambodia, the second from Citizen Engaged in Environmental Justice for all (CEEJA) and the third from SUMERNET for media – research partnership for environment reporting.
Her selected exhibitions include “The Mekong is blue and dried”, Sea Junction, BACC, Bangkok, 2021; TERATOTERA Festival, Web festival, Japan; Elements, Sa Sa Art Projects, Phnom Penh, 2020; Message in Mind, 10th Photo Phnom Penh Festival, TorTim Art Gallery, Phnom Penh, 2019 and Co (Contemporary and Documentary Photography Class), Sa Sa Art Projects, Phnom Penh, 2018.

Sereyrath Mech (b.1993 in Phnom Penh) received her bachelor degree in media management from the Department of Media and Communications in Royal University of Phnom Penh in 2018, where she was equipped with photographic and filmmaking skills. She produced a photo book entitled Contemporary Breath for her thesis, which became a milestone for her career as a visual storyteller. Later on, she has produced several photo series such as Gratitude, Wat Bo primary school, my neighboring space, and I am a daughter. In 2017, one of her photos was awarded second place in the Cultural Visa Photo competition then got to be exhibited in New York Gallery. Sereyrath has joined film training such as Film Incubator, sound training and writing course. Along her journey, she has also been involved in making documentary films such as A shot, a change, Ben and community, My gun, my soul, and the mask.