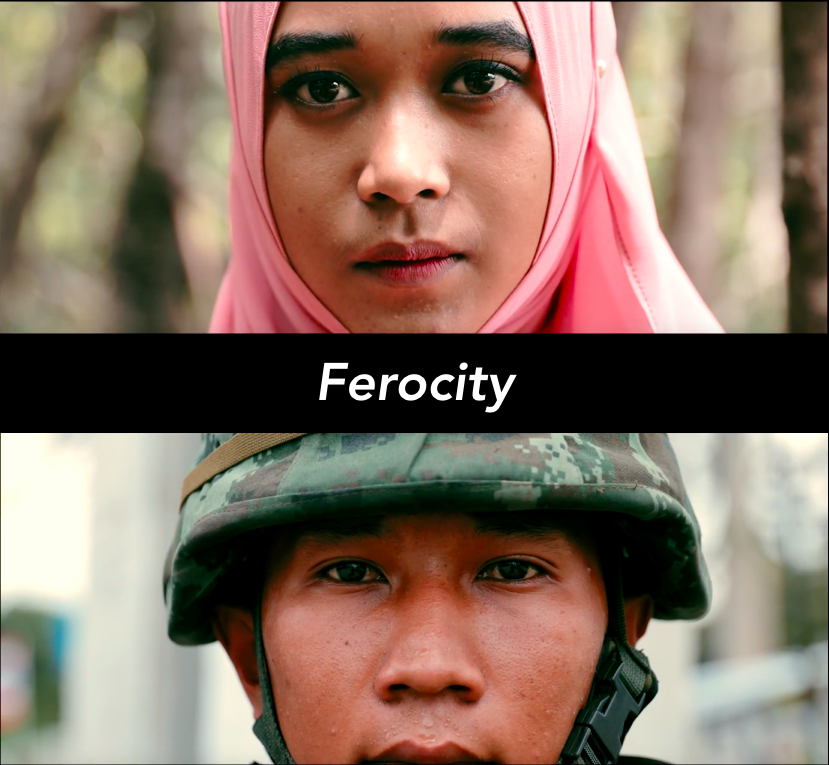 During the past decade, physical and violent assaults continually occurred in the three southernmost provinces of Pattani, Yala and Narathiwat, along with Songkla Province’s sensitive districts which construct an image of the border provinces as the “culprit” with the ethnic-religious association with the predominant Muslim communities in border provinces. The video depicts the everyday life of local Muslims living with the symbols of violence; guns, tanks and a sign saying ‘southern bandits’. The rebels in the deep south also resent the fact that the central government has failed to culturally integrate the divested region and they have periodically staged attacks against symbols of the Thai state such as buildings of the local government and military units. The militarized border with more than 2,000 checkpoints is self-explanatory how fear and anxiety are constructed by the military regime in Thailand.