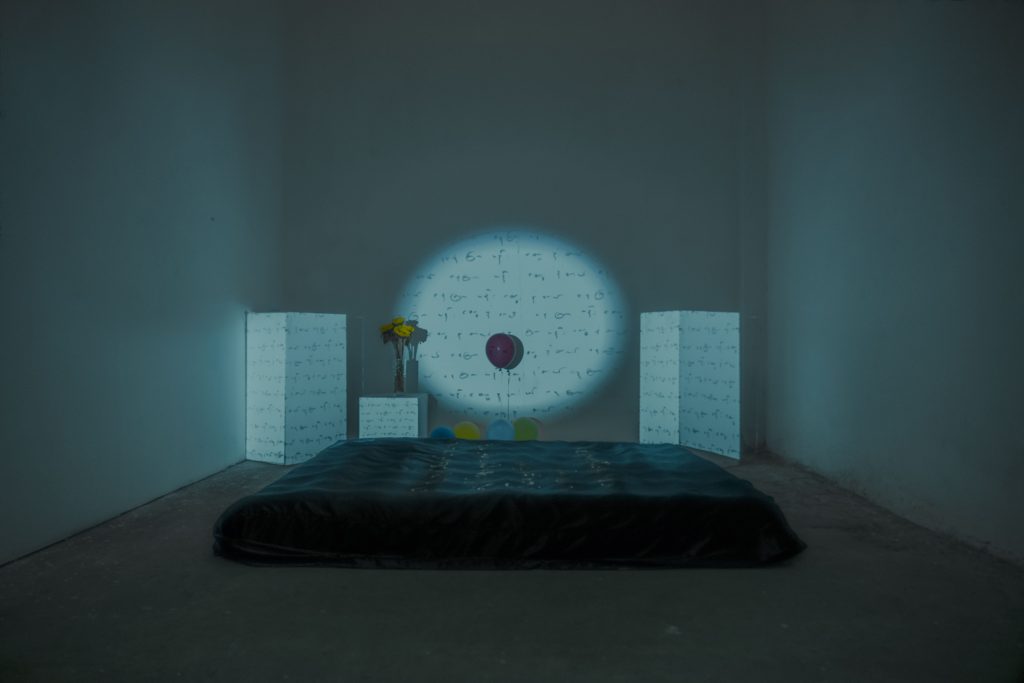 I brew love potions for sad maidens, 2021, Performance Video
All images courtesy of the artist﻿

As someone who is not very unfamiliar with religion and rituals to the point she even considers herself a heathen, growing up under a religious and superstitious mother who seems to always be doing rituals, the artist inherently gets influenced. “Rituals don’t guarantee that we can get what we want just by doing some random stuff. Instead, they give us a sense of reassurance and satisfaction.” Rituals and manifestations have always been the helping hands for her to reassure and calm herself. Video work is the next step in the development of the first artwork of the series, “Sunflowers Smell”, which is a text, projected as a part of the installation. To relieve oneself of resentment, it is like doing a ritual to reassure herself and calm herself.

The work “Sunflowers smell” is about the artist's frustration on her country’s political conflicts and social problems which caused anger, hatred and resentment, also the result of an uncontrollable state of mind–the release of one's self-control and the accumulation of sins on the sunflowers in her very own bedroom. Repeatedly writing the same words "Sunflowers smell" over and over again have been used as a way of escaping from the moods mentioned above.

Yadanar Aung (b.1998) is a multimedia artist, focusing on installations, performance art and video art. She graduated from Yangon School of Interior Design in 2019. There she discovered her passion for installations and sculptures through her school projects. Yadanar worked for Myanmar Contemporary Art Archive (MARCA). While working on archives, she became more interested in performance art, video art and public installations.Yadanar believes that her art is a form of storytelling and she craves for more stories and seeks stories around her. Yadanar’s works are inspired by personal experiences, human psyche and her own existence presenting them while exploring and experimenting different mediums.