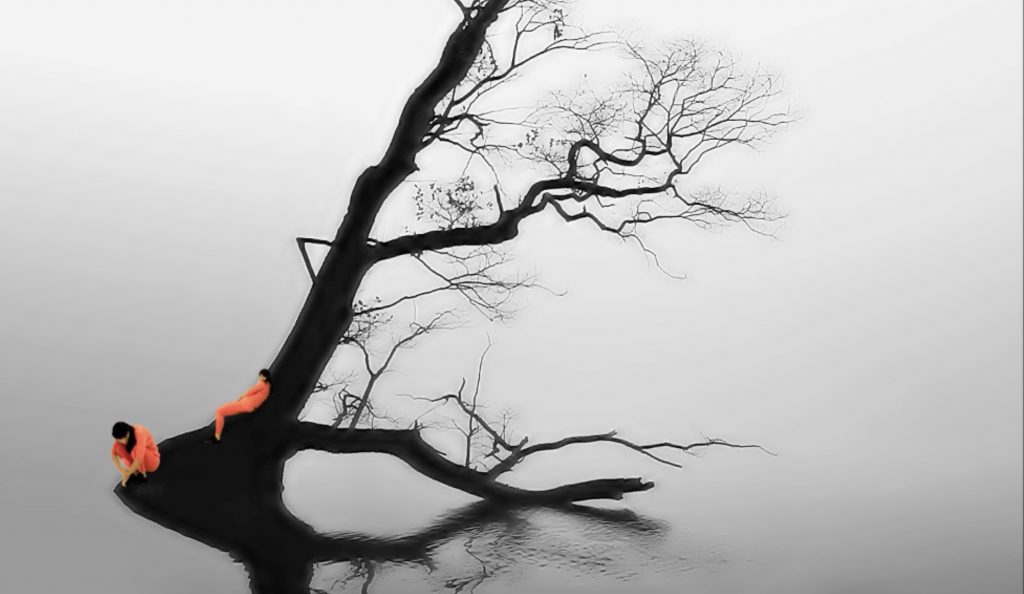 Description:
Inspired by the film “Spring, Summer, Fall, Winter... and Spring” by director Kim Ki-Duk, the work aims to illustrate the range of deciduous states of leaves falling in autumn. Referring to nature as a metaphor for the Buddhist notion of reincarnation, the perfomance refers to the circle of life. During a period of seasonal transition, the artist performs within the work to imitate this naturally occurring act. Referring to the body as a material, similar in nature to that of clay, each static pose fades in and out of presence. The work is contextualised within a hyperreal setting, oblivious of space and the passing of time. Additionally, it serves as a romantic indication, or rather exotic idea of what may be defined as Asia. The video artwork is complemented by a selectively composed audio soundtrack, featuring a violin duet that consists of two different melodic lines, each playing repeatedly to create a monotonous yet ritualistic atmosphere.

Quynh Dong was born in Hai Phong, Vietnam in 1982. She attended the Design School in Biel/Bienne, Switzerland, for a degree in graphic design, graduated with a Bachelor of Fine Arts from the Bern University of Arts and earned her MA in Fine Arts at the Zurich University of the Arts. She completed her residency programs at The Sommerakademie im Zentrum Paul Klee in Bern, Switzerland, The International Studio & Curatorial Program (ISCP) in New York City, US, Rijksakademie van Beeldende Kunsten in Amsterdam, Netherlands, MMCA Changdong run by National Museum of Modern and Contemporary Art in Seoul, South Korea, and Month of Arts Practice (MAP) at Heritage Space in Hanoi, Vietnam. In 2016, she first had her solo exhibition Quynh by Night at Nha San Collective in Hanoi, Vietnam. She is represented by the gallery Galerie Bernhard Bischoff & Partner in Bern, Switzerland, and Yeo Workshop in Singapore.