She Dances for Desire 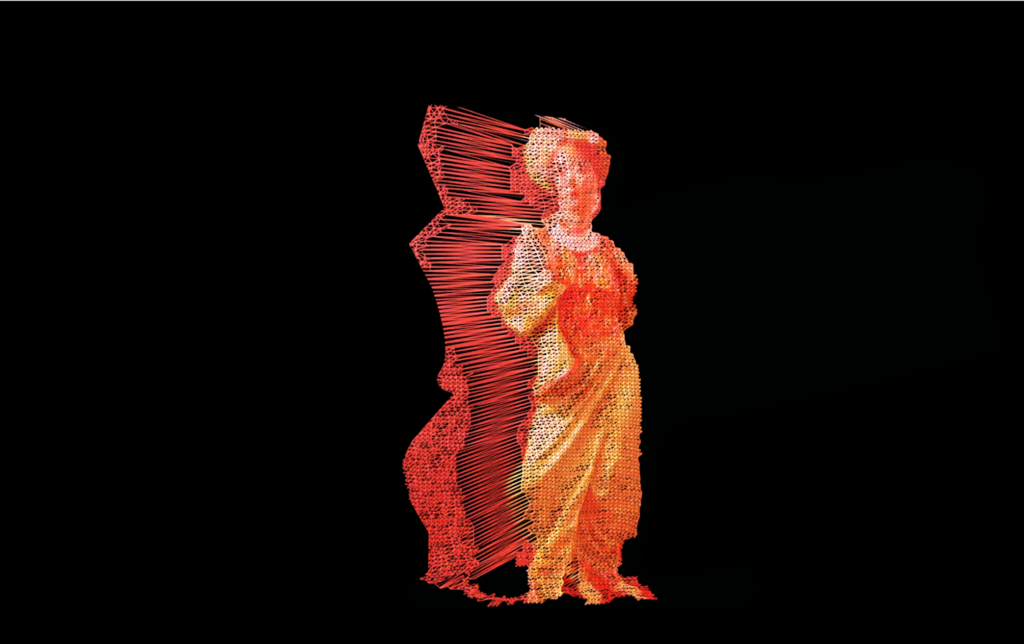 Ngoc Nau’s video is produced by Kinect – a sensor device which is used for video games, where players interact with the game without using the remote control – and the software Depthkit, whose function is to capture the world in depth and color. The employment of the technology aims to illustrate spiritual world, re-depict the faith of “Trance medium” women in religious costumes, and explore space for the trance medium ceremony, which has been conducted by her family.
In Nau’s work, she explores the relationship between ceremony space, religious followers, the belief of these religious followers and their desire in the daily life. The technological advancements have led to a world made of digitalization and data. The booming of the Mother Goddess religious practices after the internalization of Vietnam has been parallel to the information influx from the outside world to Vietnam. As the chaos in Vietnam’s society has evolving, Ngoc Nau suspects whether the belief in material world is disguised under religious formalities.
The work is created as part of a long term research project on the artist’s hometown in Thai Nguyen province of northern Vietnam. The artis’s hometown is in the process of rapidly transforming from an agricultural village where tea is the staple product into a manufacturing area producing electronics.