The Revolving House of T. 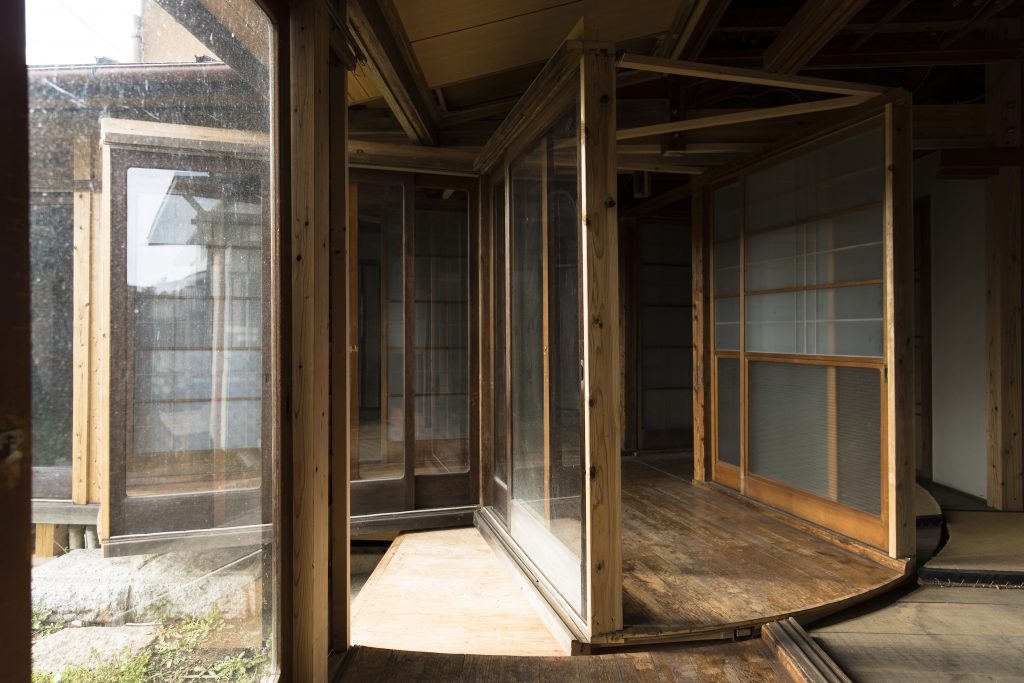 The Revolving House of T. is located in the area of Mito city, where Atsuko Mochida has been researching for over a year into the history of an old wooden family house, that has been abandoned for about a decade.

A birthplace of her mother, this venue had been subjected to extensive reconstructions, which followed the growth of the family and were supposed to meet the need of more room for bringing up children. Delving together with her grandmother into the history of the house, artist became to realize an almost organic sense/dimension of this process, which reveled to somehow even mimic the evolution of human biological features.

By applying characteristic for Atsuko’s art practice, the building has undergone another significant, yet at first sight barely noticeable, alternation. A precise, 5 meters diameter-wide circular section of the interior space has been carefully transformed into an artificial structure rotating horizontally around its own axis. As intentionally there has been not a single electrical component used, in order to get he the installation requires to be manually set in motion by public, who thus become an integral, performative element of the piece.

The Revolving House of T.