‘SITE/SHINE/SIGHT’ – Trương Quế Chi and Vn-a: A mysterious tour of Duo Exhibition by Collaboration of Visual Art and Architecture 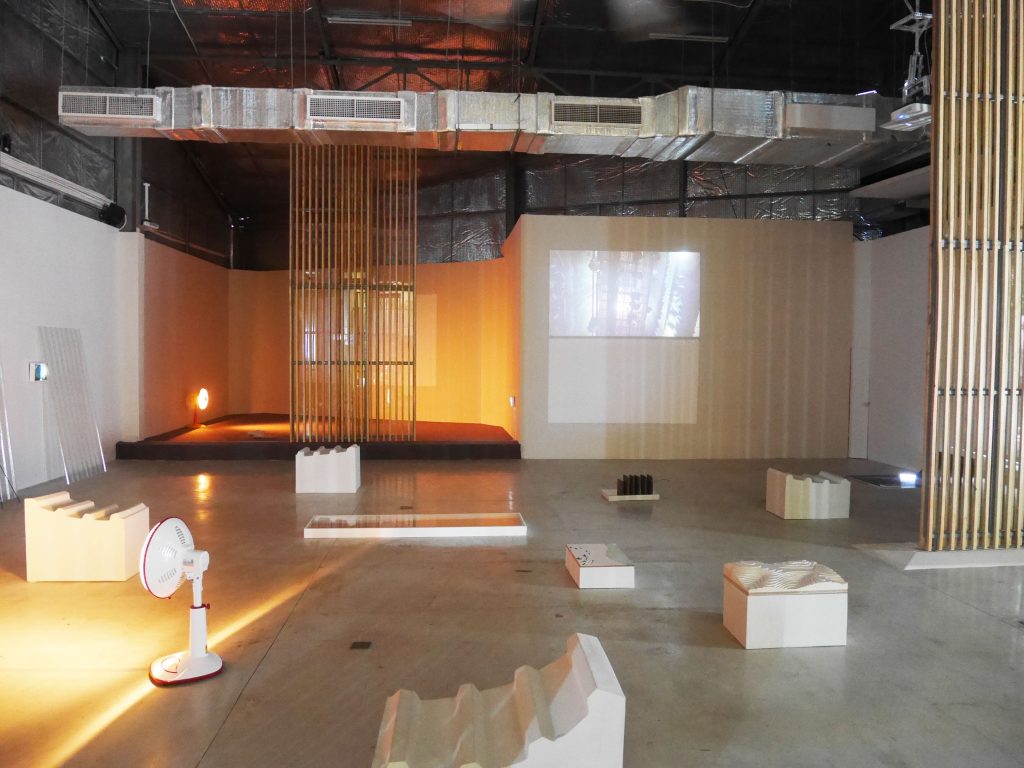 From 28th September to 18th November 2018, a duo exhibition 'SITE/SHINE/SIGHT' by a visual artist Tróng Quế Chi and an architectural studio, vn-a was held at The Factory Contemporary Arts Centre, Ho Chi Minh City. The event of objects placed with this architectural element became the first of its scale in Vietnam.

'SITE/SHINE/SIGHT' is an attempt to explore how elements of light are transmitted, interpreted, and manipulated under the conditions of modern art space.

The aim of this exhibition was to create an atmosphere of a strange, distant place by these objects arranged and a vague maze that emerges from reflections of light emitted from the projected images.

This exhibition was initially inspired by specific buildings which have historical backgrounds, such as private houses and sacred buildings in the central highlands of Vietnam. Thereafter, the concept of the project was expanded by the introspective interpretation of the artist and further analysis of the original materials.

Various objects were installed in the venue, and unknown places were spread out. They were fictional or everyday things. By mixing objects, which means different eras, the audience could experience stepping into a super-realistic landscape.

'Altitude of the afternoon', 3-channel moving image video installation - we will search for this unknown place, relying on the light from this video. Directly placed LED lights and digital photo projections, and the fan heater's orange lights also have the effect of lighting.

Historical indoor photos were used as wallpaper, and a mirror was installed on the wall. You may have felt as if you were looking into a specific part of history.

The sawdust in the showcase - it was installed like a specimen, and it gave various impressions depending on what we see, such as the natural environment, or something related to architecture.

An old suspended shirt – it is a familiar piece of clothing, but it gave you the passage of time and a nostalgic feeling.

Tour with an Anthropological Approach

Isn't the encounter with a new place with a strange impression like a tour that uses an anthropological approach? It allows artists, architects, researchers, or missionaries to discover and research about communities, subjects, or regions, and map them.

In this project, both artists and audience may have been lost in new locations. Like an investigator, the artist's interest lies in the process of discovery and interpretation.

By detecting the shape, nature, and function of what the object is, and connecting these 'dots' with the current environment from the original background, they seek an endless viewpoint for the audience.

'SITE/SHINE/SIGHT' has become an event where, although it is a new location, the strange feeling of seeing the future or witnessing its past history, and the perception of light have given rise to various perspectives and interpretations.