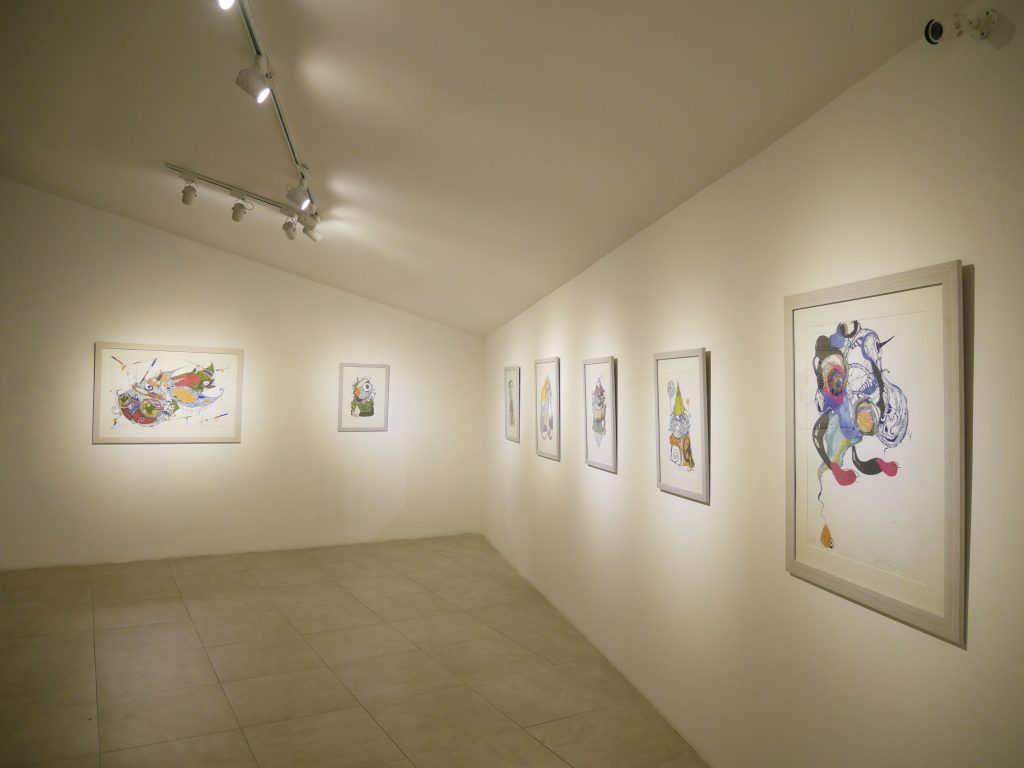 From 28th September 2018 to 18th November 2018, The Factory Contemporary Arts Centre in Ho Chi Minh City, Vietnam, held a Kenny Ng's solo exhibition, 'LAMINA | INK'. The creature-like uniquely-formed paintings were painted with precise lines and unique colors using gold, and made the entire venue a mysterious exhibition hall, as if creating an imaginary ecosystem in the water.

The connection between the sea and the elements of water

The inspiration for the creature-like motifs depicted in 'LAMINA | INK' was drawn from a specific incident.

When Kenny Ng created works for art publications before, he decided to make a fictional figure called 'Kòi', which his mother called him as his nickname. The nickname means Japanese carp.

So he decided to create a self-portrait in the form of a fish, seen as free and as enjoying moving fluidly like a stream of water. His Vietnamese name means 'Hái Hoàngde', meaning 'the King of the Sea' or 'the Sea of Gold'. Also, since his family is from Haiphong or Hanoi, near the sea, he feels a connection to the elements of the sea and water.

Kenny Ng loves paper very much because of his experiences in printing and bookbinding through college. His studio is stocked with many types of paper to promote creative processes. He then uses ink, watercolors, and gold to harness the harmony and transparency of paper.

Architecture from the French colonial period

After returning from the United States to Vietnam in 2015, Kenny Ng traveled to various places in Southeast Asia, mainly in Vietnam. In particular, French colonial architecture in Vietnam has had a great influence on his works. Architectural structures, interior spaces, sculptures, etc. are incorporated as components of the sea creatures he paints.

About the theme 'thin layer'

Organic shapes found in Kenny Ng's artwork, as well as their soft curves, can be considered a shield that protects the inside. It can be said that the essence of man and creature has a personal story deep down, below their exterior and behind their barriers. The thin layer of the creatures he paints is an indirect means of making the artist's own spirit clearer, and also shows a hidden will that he wants to share with others.

It was a solo exhibition where you could see the works expressed in beautiful ink and the colors of paints, shown as if creatures house one structure and one history within themselves.

Basic information about the gallery that was provided in the exhibition hall.