BERBARIS (Paying respect to the flag) 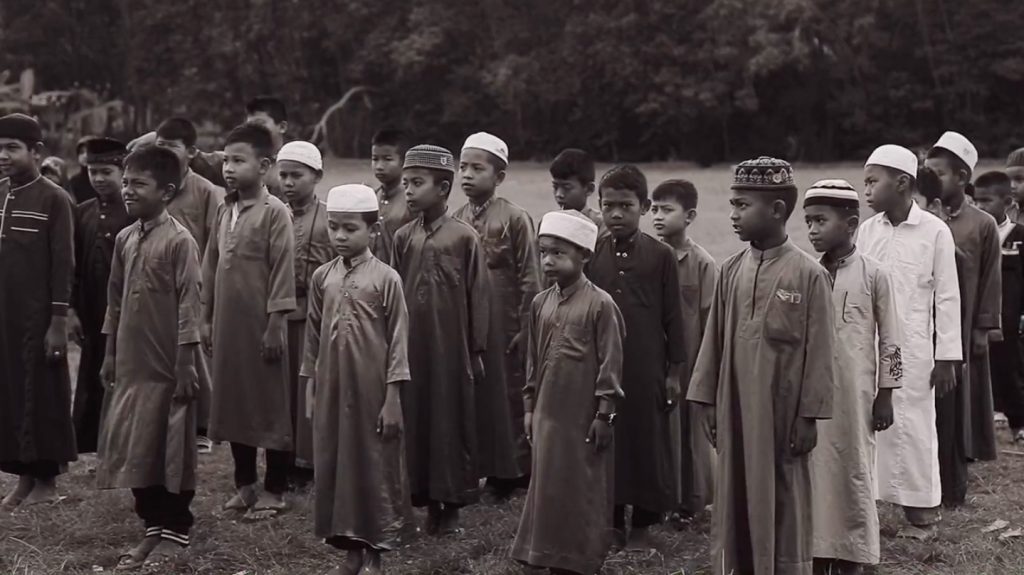 This video concept tells story of students in Tadika (primary religious school) in the southernmost part of Thailand, where there has been violence and turmoil for a decade and there is military intervention to every aspect of civilian lives. How government prevent the dangerous situations usually was applied at cost of freedom and lifestyle of people in this area. Military officer under the name of Thai government has altered some curriculum of religious study in Weekend religious school by adding Thai language part to existing Local Melayu language children had learned in class for decades, also putting belief and attitude of nationalism and monarchilism in the course. This 40-seconds Video portrays daily morning routine of saluting the flag of Thailand before beginning religious class, which student was ordered by military teacher to imitate soldier training. The audio is Thai national anthem which artist change the lyrics to Melayu language in order to raise the question that “Can we love our nation with our own identity?”