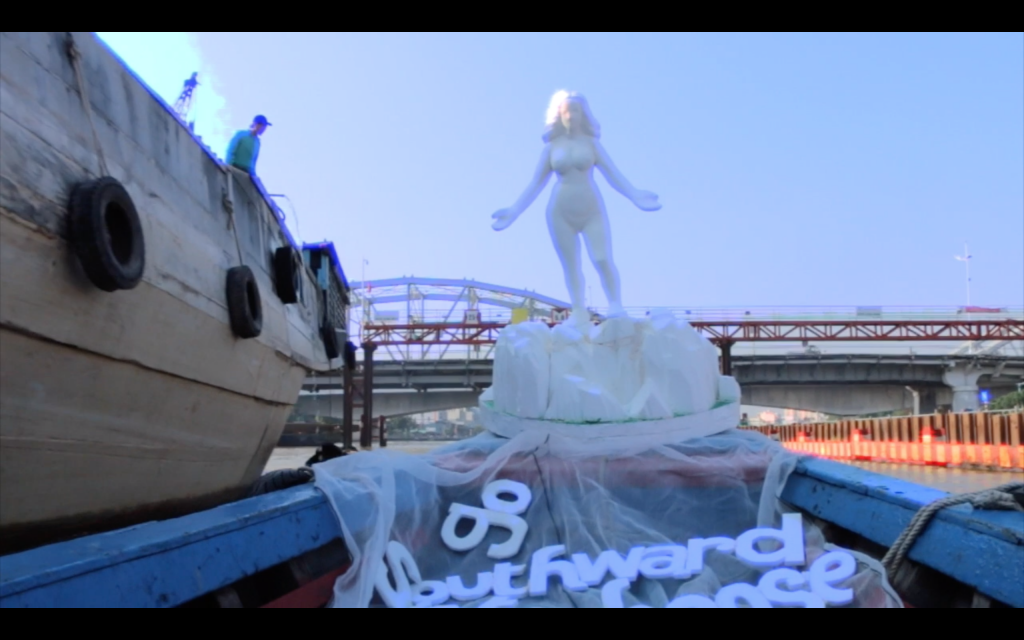 Ngoc Nau’s work is inspired by a story which was told by a male immigrant on the Sai Gon river. The story is relevant to the life story of her grandfather in her mother’s side, where he had to migrate from his hometown - Ninh Binh – due to the farmland reformation that happened in Northern Vietnam in 1953.

The migration event occurred in 1954. When the Geneva Agreement was signed, Vietnam was divided into two regions: the North and the South, and consequently, the inhabitants from each region had 300 days to migrate. The propagandas such as “God migrated to the South”, and “Migrating to the South for freedom” encouraged almost one million people, who are originating from Ninh Binh and many other Northern provinces, to migrate to the South for the sake of religion’s freedom.

With the majority of materials being collected in Ninh Binh, Ngoc Nau’s work was made from moving images, which were found from historical archives, music videos, religious practices, and Hollywood movies on lands and people.

The fictional character was inspired by Mary, Mother of Jesus. As she is
extending her arms to welcome floating figures on Sai Gon river, which implies the migration approach of this religious community. The work aims to seek evidences that evoke the feeling about home of migrants.

While these people are facing the challenge of adapting to the rapid change of new living place, do they recognize and what do they think about the dramatic change of their hometown under the influence of entertainment industry?

Would their hometown be something familiar when they are back?