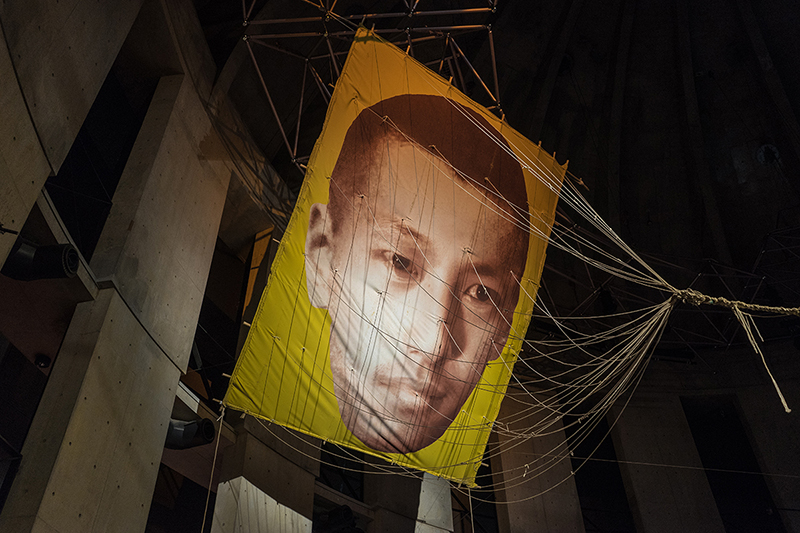 Source of photo : Kohei Maeda official site ’Over to you, ARTISTS' FAIR KYOTO 2019’

The background of this work stems from the artist's attempt to explore the philosophical thought of his hometown naturalist Kumagusu Minakata (1867~1941) while he was enrolled in the master's course at Kyoto City University of Arts. In 2016, the artist started the "Mandalabo" project, a series of fieldwork and workshops centered on dialogue with Kumagusu Minakata researcher Taisuke Karasawa and artist Yoshitaka Yazu. This project, like the Minakata Mandala, brought together various students and researchers incidentally to form a community of dialogue. In the video, people's attempts to think and communicate about Kumagusu Minakata and the phenomenon of being at the mercy of its immensity are shown as a festive ritual of kite flying. The figure of the kite is a composite face of the artist and Kumagusu Minakata, and is a representation of the artist's consciousness of approaching Kumagusu Minakata. Kites have been flown on the grounds of Kyoto City University of Arts in February 2017, and on the lawn of the Shionomisaki Watchtower in Wakayama Prefecture, Japan in August 2017.