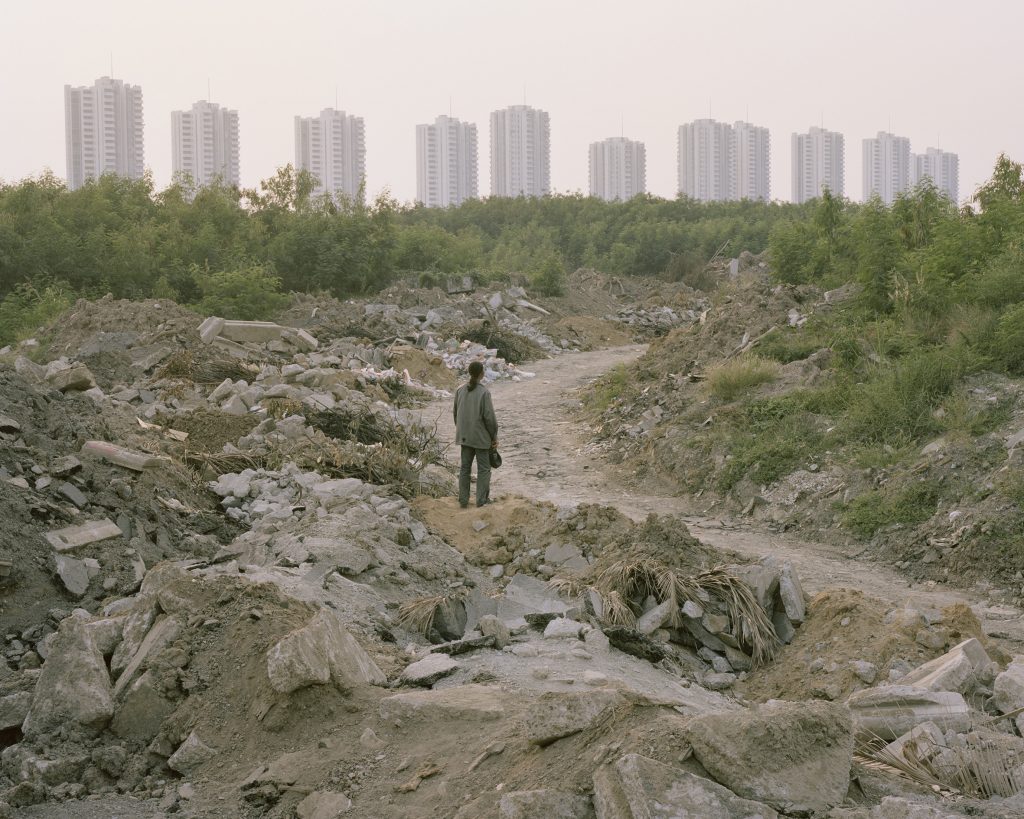 Knowledge from “Land Form: ภูมิลักษณ์” exhibition is an approach to demonstrate changes in geology with language of art to connected interdisciplinary together to reveals the image of changes invisible to our eyes and creating land form of art which lead us to the arguments in which human lifestyle played the key role in the activities that change and drive the world toward “Anthropocene Epoch”. Triggering humans to be more conscious about the planet, or the place where we lived in, using the changing landscape in contemporary world, perspectives, predictions, and the notion of the period we take part in which contributing to those change.

This group exhibition was exhibited at 1st Floor, SAC Gallery between 9 November and 18 December 2021.

Once upon a time, the history was written by human to tell the stories of our efforts to conquer nature, the survival of our race, humanity, to remain existing until the day when we develop our knowledge in various fields, science, social science and anthropology for instance. It pointed out how small we are comparing to geological time scale, on the other hand, turned out to be key player, the protagonist, of the activities occurring in this world which greatly transform the planet and become the footprints of this era.

“Human change the world” over past 300 years, the advancement in healthcare and technology, dramatically increased the human population 10 times, rapidly increased the natural resource consumption and then, following with the increased in production to match with consumption demand. The consumption left vast amount of human footprints in the ecosystem, through the layer of minerals and rocks that crumbed together and formed unique pattern which marked and separated our identical era from Holocene completely.

The history of Geology had been revealed through evident of minerals especially those appeared between layers of rocks. Collecting and whispering the stories from under the ground, turn them into land form which identified the unique tales of the identical era which filled with social and cultural reformation that merged together with Earth system’s transformation into one layer. An effort to maintain earth system balance by embracing the volatility and transform the planet into whole new system which human being have to pause, witness and listen to those change.

From the familiar landscape perceived by human visions once created immense pressure on human, challenging us to fight against and live together with or conquer the nature, turned into plain and empty landscape that human tried to hold on, and keep our existence existing through the evident of life we left and abandoned constructions in Lek Kiatsirikajorn’s series of photographs “Lost in Paradise”.

Together with Trinnapat Chaisitthisak’s works which using the painting line and the creation of forms through space and time, invite us to exploring the changing dimension where two dimension surface turn into complex dimensions over empty space.

The appearance of human which did not exist on the surface but appeared through the footprints left in the process of creating those dimensions, dive us deep into the landscape created though the process of painting by Akira Ishiguro, to demonstrate the layer of minerals made of air, water and sediment compressed and pressured under the rock layer. Transforming the surface and craved the unique patterns and colors of the era, to identify the joint of period between the geological time scales which connected the story of humanity in history from Industrial revolution to Globalization.

Akira Ishiguro Born in 1974, in Yokohama Kanagawa, Japan lives and works in Saitama.
Akira Ishiguro is a self-taught artist whim began his career in 2008. When he was painting faux- marble surface as an artisan, he was interested in the uncertainty of the concept of “Genuine” by painting “Fake”. He presents his artworks that delve into “the interval of the torsion of the truth and falsehood” from a unique perspective.
His major artworks include “A Steganographic Romance” (2009 - ) series in which his oil paintings ask the ideal of the human body in the art history. The “Gravitational Field” (2011 - ) series, which draws fragments of nature encompassing the whole world as a landscape painting without perspective, is a figure exploring the texture of genuine marble.
The “Marblesque” (2015 - ) series, which has a surface layer developed oppositely, captures the glossy sensation of ‘the metamorphism by heat’, which multiples the marble-generation process and the reality of the creation of its own, and turns metamorphism on the canvas. It can be said that it is a painting of an imaginary scenery.
Moreover, the “painting of Marble” ( 2018 - ) series can be interpreted as a painterly expression as well as the visual representation of ‘Anthropocence’, a new stratum age in geology.

Lek Kiatsirikajorn Born in 1977
Lek Kiatsirikajorn studied painting at Silpakorn University in Bangkok before switching to photography, which interested him with its potential for outreach. He was promising young artist on the Thai arts scene in 2001 when he decided to move to England and study photography at The Arts Institute at Bournemouth. Lek returned to Thailand in 2008 after spending almost seven years studying and working as a fashion photography assistant in the UK. This new period of his life has been inspiring him to produce photography projects which are directly related to his own society. Lek is now based in Bangkok, and has been exhibiting internationally from Singapore, Hong Kong, China, France, England, Netherlands, Finland, Russia to USA. In 2012, Lek was selected by Quai Branly Museum in Paris for the 2012 photography grant. 13 of 22 images from the series, “Lost in Paradise” which he produced with the grant were included to the museum’s permanent photography collection.
“Lost In Paradise” is focusing on rural migrant workers who have left their region of origin to work and live in Bangkok, existing in no man’s lands of peri-urban settlements where, paradoxically, nature is beginning to reassert its authority. Through these images Lek aims to present an allegory for modern Thailand: the country as a whole, like these workers, left its past of agriculture behind in search of a better life, but now finds itself trapped between this lost history and a better future which seems to remain just out of reach.

Trinnapat Chaisitthisak was born in Bangkok in 1982. He graduated with a Doctor of Arts in Visual Arts from Chulalongkorn University.
Chaisitthisak has been participating in many exhibitions, such as, “A Memoir of Mind” a solo exhibition at Rachadamnoen Contemporary Art Centre, Bangkok, “Glories of Greyscale” at Tadu- Thaiyarnyon Contemporary Art, Bangkok, “DRAW” Contemporary Drawing at G23, Bangkok, “What We Paint About When We Talk About Painting” at Artist+Run in 2018. Chaisitthisak interested in perceptions from his surroundings. He has been exploring on specific subjects through the two-dimensional media. He believes in the bottomless of possibilities to experiment through paintings and drawings, not only the works but also how the works have been created as well. Currently, he works as a lecturer in Department of Painting, Faculty of Painting, Sculpture and Graphic Art, Silpakorn University, Bangkok.