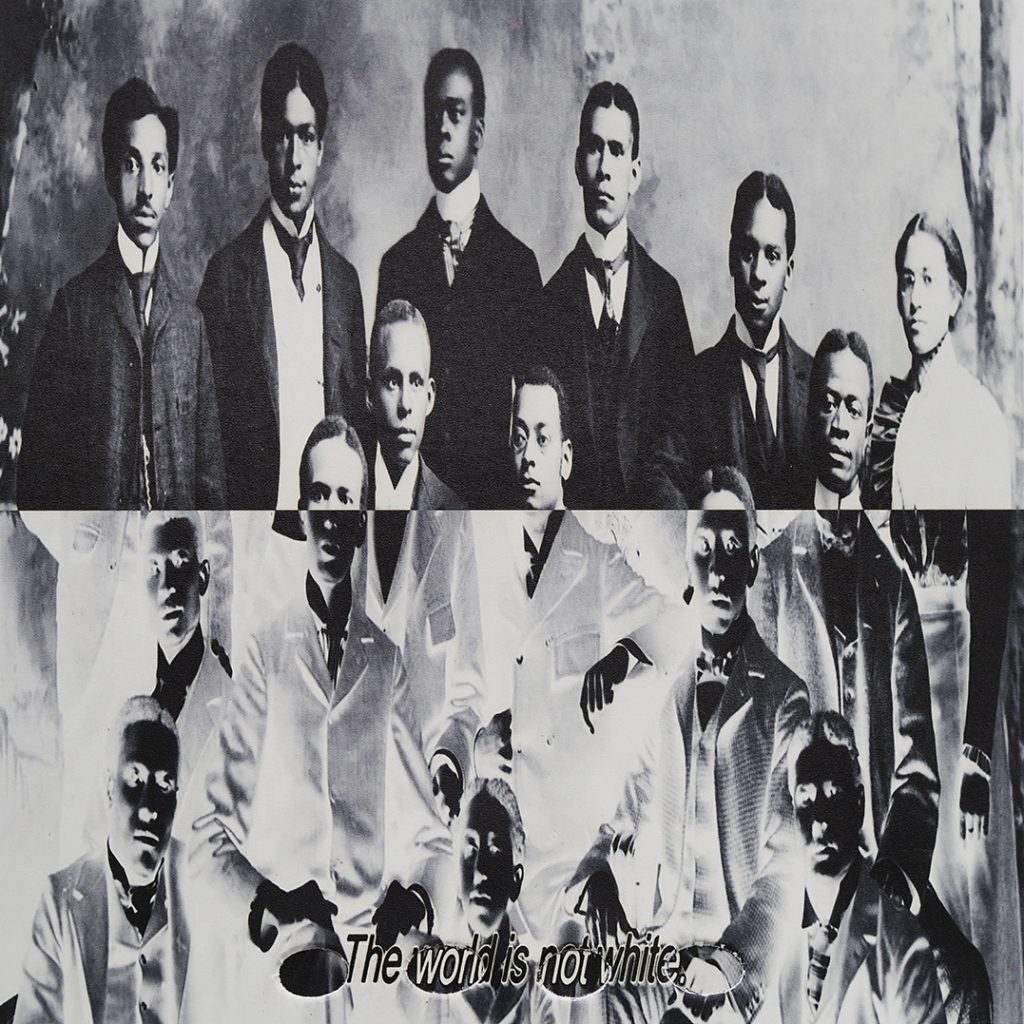 Justin Mills, The World Is Not White
All images courtesy of Kathmandu Photo Gallery

George Floyd’s ghastly death on 25 May 2020 at the hand of white police officers in Minneapolis ignited another round of protests against racism and police brutality under the banner ‘Black Lives Matter’, which spread to over sixty countries across the globe.
British artist Justin Mills lives in Bangkok, far from the street where Derek Chauvin’s knees suffocated George Floyd, but as a fellow human being and a white man with a conscience and longing for justice and equality, he felt he could no longer stand silently by.
‘You don’t have to be black to be outraged’ is a series of photo montages from four American anti-racist movies: ‘Do the Right Thing’ (dir. Spike Lee, 1989); ‘Selma’ (dir. Ava DuVernay, 2014); ‘Moonlight’ (dir. Barry Jenkins, 2016); ‘I Am Not Your Negro’ (dir. Raoul Peck, 2016), capturing key moments along with their English subtitles and turning them black and white.
Mills’ choice of black and white not only reflects the colour issue, but by dividing the image in two, with normal positive print on one side and negative on the other, he also emphasises their complementary quality to highlight the fact that each opposite exists because of the other. There is no white without black and vice versa. This is the scientific fact of photography and of the real world.

Justin Mills (Born in 1964, Salisbury, Wiltshire, UK) graduated from India’s legendary Santiniketan with a Master in Fine Arts in 1994 and has been a resident of Thailand since 1996. While painting has long been his primary discipline, photography is another medium he uses to express himself.

You Don’t Have to be Black to be Outraged

営業時間
11AM 〜 6PM Open daily except Sunday and Monday