1001st Island – The Most Sustainable Island in Archipelago 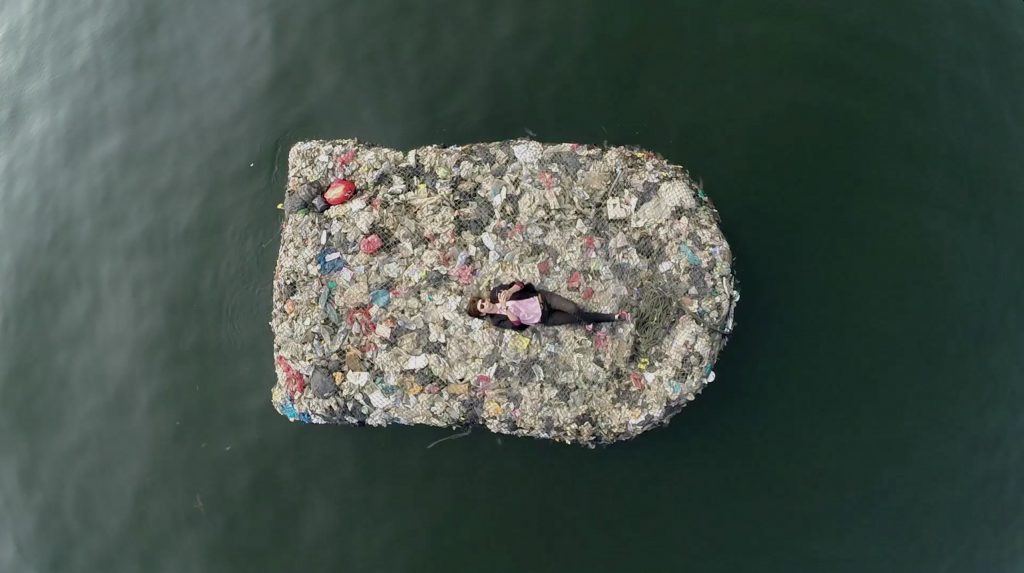 A giant sea wall is the government’s solution to Jakarta’s urban flooding, in addition to opening new housing areas. This plan will be integrated with seventeen artificial islands made from ‘reclaimed’ land that would be adding to more than 17,000 islands in the biggest archipelago in the world. Many people doubt the project will really address the city’s problems; Jakarta still struggles with the waste management and polluted water.

Together with local fishermen in Muara Angke – an area soon to feel the impact of the sea wall project – Tita collected marine debris and plastic trash and turned this into another kind of artificial island.

At that time a thick toxic smoke was enveloping Jakarta, caused by tropical rainforests being burnt in Sumatra and Borneo. With the help of a fisherman and his loaned boat, Tita’s island was placed in the sea between the reclamation islands and the Thousand Islands (Kepulauan Seribu, a chain 110 of islands north of Jakarta’s coast). ‘The most sustainable island in the archipelago’, the work connects the reclamation issue with the refuse that chokes the sea and threatens the future livelihoods of the traditional local fishermen.

The project has developed and been brought to different places and context. The rise of sea level is happened and threatens everywhere that could make cities and places disappear under water.