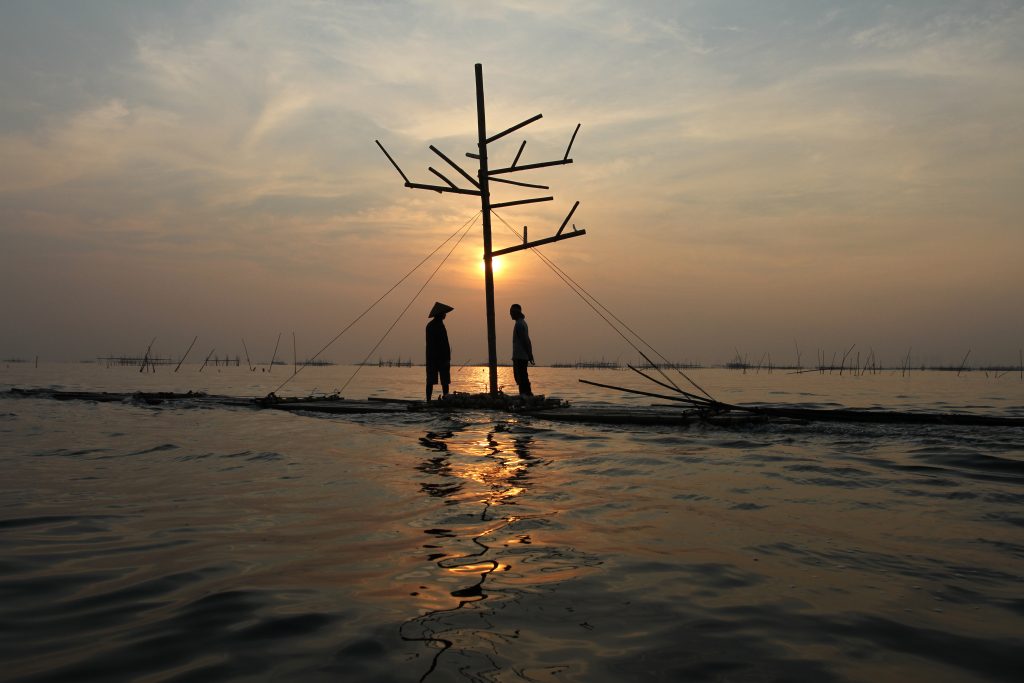 PROJECT DESCRIPTION
Jakarta is a strategic coastal city because it has many access to and benefit from the sea. Its civilization and history are inseparable from the maritime narration of the colonization of Portuguese, British, Dutch and Japan. The coastal line in Northern part stretches 42 km, the estuary for 13 rivers flow from the mountains in South of Java. Jakarta Bay used to have a lot of nutrition carried away by the current from tropical forests over the years, but now the condition is a lot different. It’s been damaged! Uncontrollable pollution from household waste and heavy metal waste in industrial area are the cause. While Jakarta’s dependence on the coastline is very high, the access for commodity trading from archipelago even around the world.

In responding this situation, we collaborate with green mussels farmers who still have a communal life and traditional cultivation. Their livelihood has been disrupted, their settlement is threatened with eviction even some residents are criminalized by the corrupted law system because of land privatization going massively. Green mussels are endemic to Jakarta Bay, and are sold throughout the city as an alternative of source of protein cheaper than meat especially for the lower class. The processing of green mussels becomes source of income for women and sometimes children involve. Above all, heavy metal contamination is a serious issue for farmers and their customers.

The work title inspired by a myth of the sunken ‘Lost’ City of Atlantis which is believed to be located in Jakarta Bay. An ironic as Jakarta with more than 10 million people live in it is also slowly sinking because of land subsidence and the rising sea levels. The green color on mussels reminds us to foliage and trees in tropical forests that are increasingly gone due to deforestation. Together we plant a tree under the sea and patiently wait for several months until it's ready to be harvested, a symbol of hope and concerns towards the future.