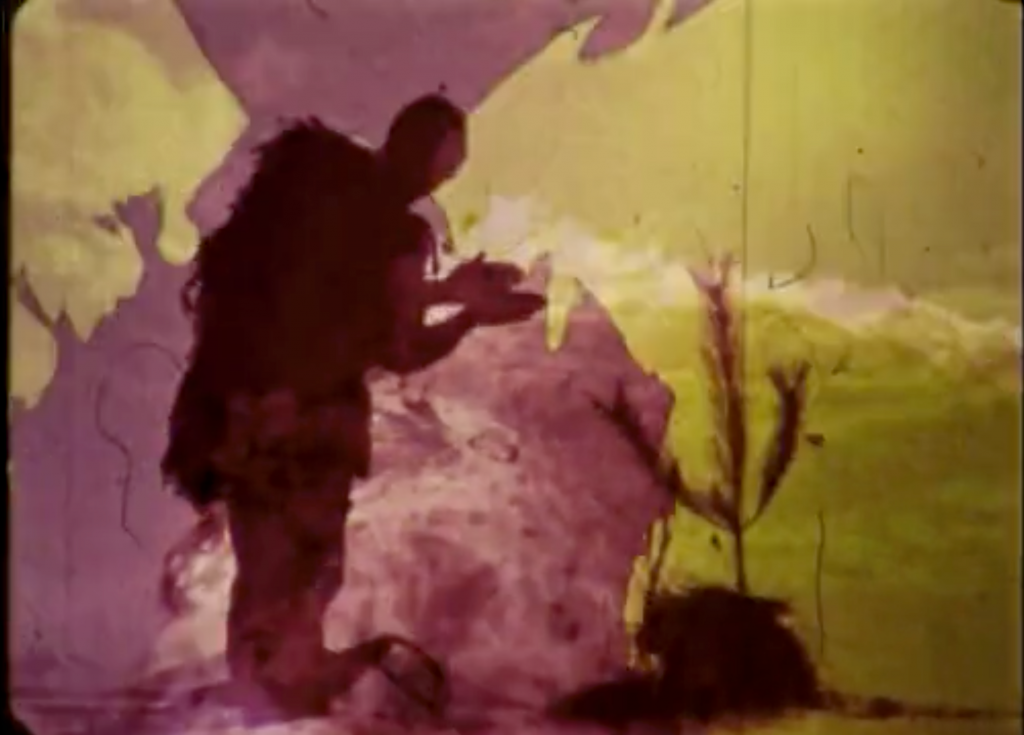 1 channel video and single-channel video, 2015, 1:41 mins,
All images courtesy of the artist

Splash is a found footage cameraless film. It is an exploration of crossings between an accidental art and a handmade film. Made with the spontaneous spirit of collage, “Splash” carries the stripped down language of cinema. Made without any camera, filming and an editing software, it is a manipulation of the found footage 16 mm film rolls by scratching, painting, bleaching, masking and using the splicer, tape and scissors to edit.

Artist’s Statement
I find stories in things abandoned. I find nostalgia in forgotten memories. Every videotape is a record of a precious memory of someone or a significant event to someone. As times passed by, the memories faded so as the values. The tapes become forgotten. As I rediscovered these forgotten tapes, I recreated a world where they become alive in a colourful symphony dancing alone to the geometric shapes with the many splashes of colours. Western and eastern world collides, forgetting the culture and boundaries, just to blend in to form - a dance. Splashes of images come in and out and transform from their original identity into something else in the collages of fast rhythm. Once a memory or an important record now only serves as a visual dancer that take part in this moving image choreograph. As a filmmaker making a film by reclaiming a mixtape of many films, the irony of self-awareness is prominent in this work. Not only did I destroy the looks of the analogue tapes, but also I destroyed their meaning and give a new meaning to it which is - nothingness.