Searching for the Self-Re-Identities: Brief Introduction of Taiwanese Contemporary Arts, and Its Connection with Southeast Asia 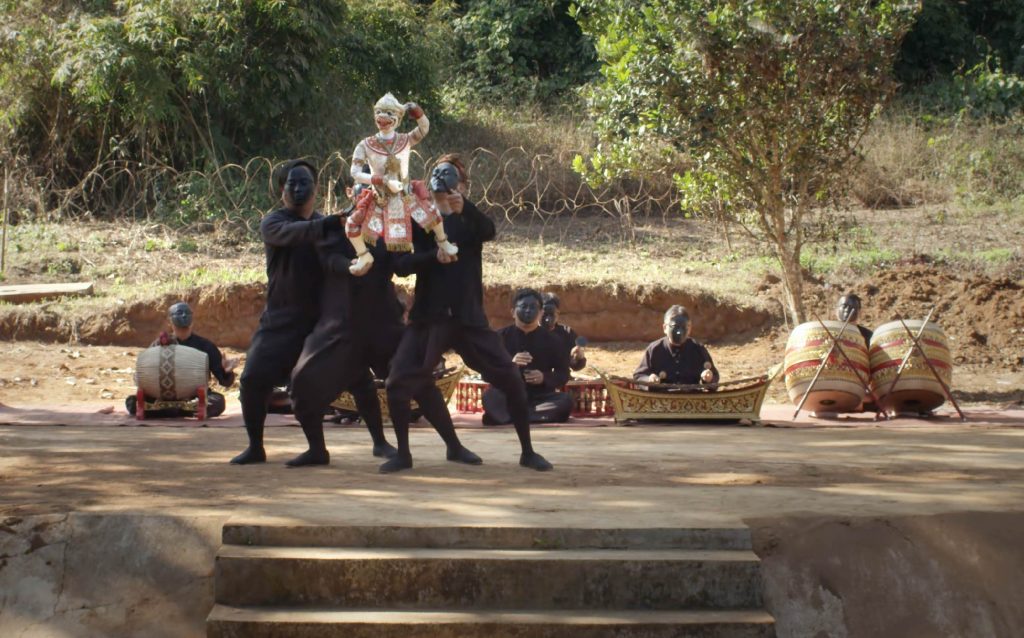 The modern and contemporary art history of Taiwan is highly related to the political/social background of the island. The Japanese colonial rule between 1895 to 1945 established the public salon system, and introduced both the Western modern arts and Japanese Nihonga (日本画) paintings to Taiwan. After Japan defeated at the end of World War II, the Kuomintang (KMT), the Chinese Nationalist Party, controlled the island. However, after the KMT lost their Chinese Civil War in 1949, the KMT retreated to Taiwan with millions of followers.

After 1949, KMT reaffirmed that they were still the sole legal Chinese government that represented the entire China and enjoyed the seat of China in the United Nations. It is also the reason why the official name of Taiwan today is still the Republic of China (ROC). Since 1949, the KMT enforced the long-term dictatorial martial laws until 1987. During this period of Cold War, as the requirement of Chinese Renaissance Movement, and the political collaboration with the United States, the modern Chinese ink paintings and the abstract art with modernized Chinese concept have been encouraged in the art scene.

Although the Taiwanese arts before democratization enjoyed the multiple heritages from the indigenous, Japanese, and Chinese traditions. However, the dictatorial KMT regime practiced the censorship system against the free or radical expressions. The self-identify as Taiwanese is one of the most serious taboo during this Gulag-style time. The dawn of Taiwanese contemporary arts was evoked by the twilight of KMT/ROC’s foreign relationships.

In 1971, the UN General Assembly passed a resolution to replace the Republic of China with the People Republic of China for China’s seat at the UN. The ROC’s diplomatic relationship with Japan ceased in 1972, and that with the US in 1979. By the end of the 1980s, most countries in the world did not recognize Taiwan as a sovereign state officially. However, the series of disasters in the diplomatic field forced the government to invest in the economic and social infrastructure. The 1980s is also the era of economic boom and democratization movement.

The concept and frameworks of contemporary arts have been largely introduced to the island, accompanied by the globalization, during the late 1980s and 1990s. The categories and boundaries between different disciplines were still blurred during this period: a performance artist might also be the agitator for the social hierarchy, a painter might also work as the illustrator for censored political magazine. We could adventurously assume the contemporary art was part of sub-culture scene during the early 1990s.

The first professional museum for modern art is Taipei Fine Arts Museum, which opened in 1983. However, during the marital laws period, the censorship in museum had evoked dissatisfaction from the art scene. Therefore, several independent collectives started to organize their art events outside the governmental system. For example, Living Clay (息壤), one of the earliest contemporary artist collectives established in 1986, had been organizing several alternative exhibitions and performance art in the street (illegally).

In 1992, the KMT government finally lifted the laws which punished the “political crimes”. After the censorship ended, the year 1996 is the first year of direct presidential election in the history of Taiwan. In the presidential election in 2000, the KMT lost their control over the central government for the first time. The local governments and public institutions started to sponsor or organize contemporary art events in the late 1990s. It is a transition period of the Taiwanese contemporary arts, in which the art scene shifted from the alternative practice to the formal stage.

The Taipei Broken Life Festival 1995 might be the first sub-cultural festival sponsored by the local Taipei County government. In 1996, TFAM organized its first large-scale contemporary art show: 1996 Taipei Biennial: The Quest for Identity. The biennial in 1996 represented the fruits of Taiwanese contemporary arts in the early stage since the 1980s. The title of the biennial also denotes the difficulty of re-defining the cultural and political position of Taiwan. TFAM determined to make the Taipei Biennial internationalized: the 1998 Taipei Biennial: Site of Desire invited NANJO Fumio (南条史生) as the chief curator. The participating artists were widely selected from the East Asian countries. The Taipei biennial since 2000 rejected the structure of “Asian biennial”, moving toward a wider international participation.

Meanwhile, Taiwan started to open its national pavilion in the Venice Biennale, which was organized by TFAM in 1995. Although the official status of the Taiwan Pavilion as a national pavilion has been canceled since 2003. The “unrecognized” national pavilion of Taiwan has always been playing an important role to promote Taiwanese contemporary art. Some established pioneering Taiwanese artists, such as CHEN Chieh Jen (陳界仁), WU Tien Chang (吳天章), CHENG Shu Lea (鄭淑麗), YUAN Goang Ming (袁廣鳴), LEE Mingwei (李明維), or YAO Jui Chung (姚瑞中) are the heroic figures in the 1990s and 2000s.

The contemporary art scene of the 2000s in Taiwan is the extension of the late 1990s, which focused on the infrastructure of international networking. The anxiety of isolation from the international art scene, which was the direct result of the long-term martial law and political isolation, has widely aroused the attentions on biennials and the Taiwan Pavilion. After the Museum of Contemporary Art Taipei opened in 2001, several contemporary art competitions have been funded during the 2000s. We could conclude that the 2000s was the time of normalization and promotion of the contemporary art. Both the public institutions and audiences started to embrace and enjoy the new form of art expression.

Since the late 1990s, thousands of the Southeast Asian immigrants started to settle down in Taiwan as migrant workers or acquire the Taiwanese citizenship via international marriages. Today, certain percentage of the Taiwanese children and teenagers have at least one Southeast Asian parent. Several Taiwanese artists already noticed this social transition and started to record this social phenomenon through their works.

For example, artist Lulu Shur Tzy HOU (侯淑姿) started to document the international marriages between Taiwanese men and Vietnamese women since the mid-2000s. In 2011, artist SO Yo Hen (蘇育賢) documented the “indie-band” organized by Indonesian migrant fishers. The series of videos which represented their performances on the fishboats were also represented at the Taiwan Pavilion in the Venice Biennale in the same year. Artist JAO Chia En’s (饒加恩) 3-channel video work, REM Sleep (2011), interviewed several migrant workers in Taiwan and asked them to share their nightmares. Through the self-description of their own nightmares, audiences could reach the fears, fatigue, and the confusion of the migrant workers. The dreams evoked something more real than reality.

2012 is an important year, when independent collectives and spaces started to engage the artistic exchange with the Southeast Asian art communities. Outsiders Factory, a curators’ collectives which I have been involved in, co-organized South Country, South of Country – Vietnamese & Taiwanese Artists Exchange Project with the Vietnamese space Zero Station. In this project, we invited the artists from both sides for month-long collaborations. The projects took place simultaneously at Tainan and Ho Chi Minh City. Each collaboration will be met with certain challenges. For example, the project between Taiwanese artist LIN Shu Kai (林書楷) and Vietnamese artist BUI Cong Khanh was unique in that they communicated with each other via drawing since they did not have a common language for communication.

Open Contemporary Art Center (OCAC) moved to Bangkok in the same year, as they were seeking a new rental space at the time. Instead of struggling in the high-priced Taipei, OCAC decided to relocate to the Chinatown of Bangkok for a half year. Their space in Bangkok was not merely a showroom of projects, but also a base for OCAC’s members to live and work. With this foundation, OCAC developed THAITAI Fever projects since 2012. Several Taiwanese artists have been introduced to Thailand; one complete exhibition has been represented at BACC as well. In return, a mass exhibition was also organized in Taipei in 2014.

CHANG En Man (張恩滿), an indigenous Taiwanese artist, who has also participated OCAC’s project in Bangkok. Her video work, Arena (競技場, 2012), documented the indigenous school children in Taitung, who practiced Muay Thai as their profession. The documentational and research-based project, combined with video materials, became one of the most popular form in the Taiwanese contemporary art during the 2010s. The will to rediscovery and the desire to understand both the hidden histories, or the social reality, became a kind of movement, which provided not merely narratives aesthetically, but also a methodology to respond the political confusion instantly.

The dissatisfaction toward the KMT government’s pro-China policies finally led to the Sunflower Student Movement (2014), which included the famous occupation of Legislative chamber. The student movement created a kind of energies that also encouraged the art scene to evoke the possibilities for self-identity. The historical topics have been encouraged, and more critical viewpoints have been provided.

HSU Chia Wei (許家維), who was also participated OCAC’s project in Bangkok, used his unique poetic narratives to discuss not only the historical complexity in Taiwan, but also those in other Asian countries. His video works, Huai Moi Village (回莫村, 2012) and Ruins of Intelligence Bureau (廢墟情報局, 2015), are attempts to represent the stories of the former KMT/CIA intelligence agents who lived in the Northern Thailand. In Ruins of Intelligence Bureau, Hsu invited Thai traditional puppet theater to play out the story mixed with Ramayana and the true stories of these agents. His White Building series (白色大樓, 2016) adopted similar method to represent the story of White Buildings in Phnom Penh with the songs from a traditional musician, who survived the brutal Khmer Rouge regime.

The similar methodologies and interests in the Southeast Asia also continue to the generations that followed. Artist LI Kuei Pi’s (李奎壁) 2-channel video work, Diamond Dream (鑽石夢, 2020), talks about a modern dancing company at Koh Pich, a new development area of Phnom Penh which aims to replicate the urban landscape of Paris. Diamond Dream also extends its narratives to discuss the connection between the colonial past and the globalized now. Artist ZHANG XU Zhan (張徐展) chose another route. Instead of exploring the foreign stories, he is working on transforming and representing the traditional crafts from his own family. Zhang Xu is the 4th generation succeeder of his family business, making traditional paper models to burn during funerals as offerings to the deceased relatives. Zhang Xu uses these materials as the foundation of his animation to develop a series of stop-motion animation made with these paper dolls.

In recent years, a new wave of indigenous contemporary art has been noticed in the island, which is not only linked to the island’s past, but also internationally recognized as the shared heritage of the Austronesian culture between the indigenous Taiwanese and pan-pacific cultural circle. The video works of Ljaljeqelan Patadalj, a young artist from the Paiwan tribe, represent the consciousness of the new generation of the indigenous Taiwanese. In his work, Rakaman (2020), young men and women, who are also the artist’s childhood friends, are naked in the groves to represent their identity: as neither the traditional tribal garments or the modern clothing can represent who they actually are.

In a nutshell, the Taiwanese contemporary art is vivid and rich in diversity. Although the Taiwanese art is oftentimes ignored by the international art scene, but its character as an outsider somehow provides other possibilities with the Taiwanese artists’ artful strategies, skillful methods, and intelligent mindset. The Taiwanese contemporary art has been strongly influenced by the political background, while demonstrates its character as an independent narrator that evokes truth and illusions. The complexity of the Taiwanese art is a mirror to reflect the complexity of the island itself, which also provides the methodologies to rediscover the deep connections among the Asian’s artistic networking.