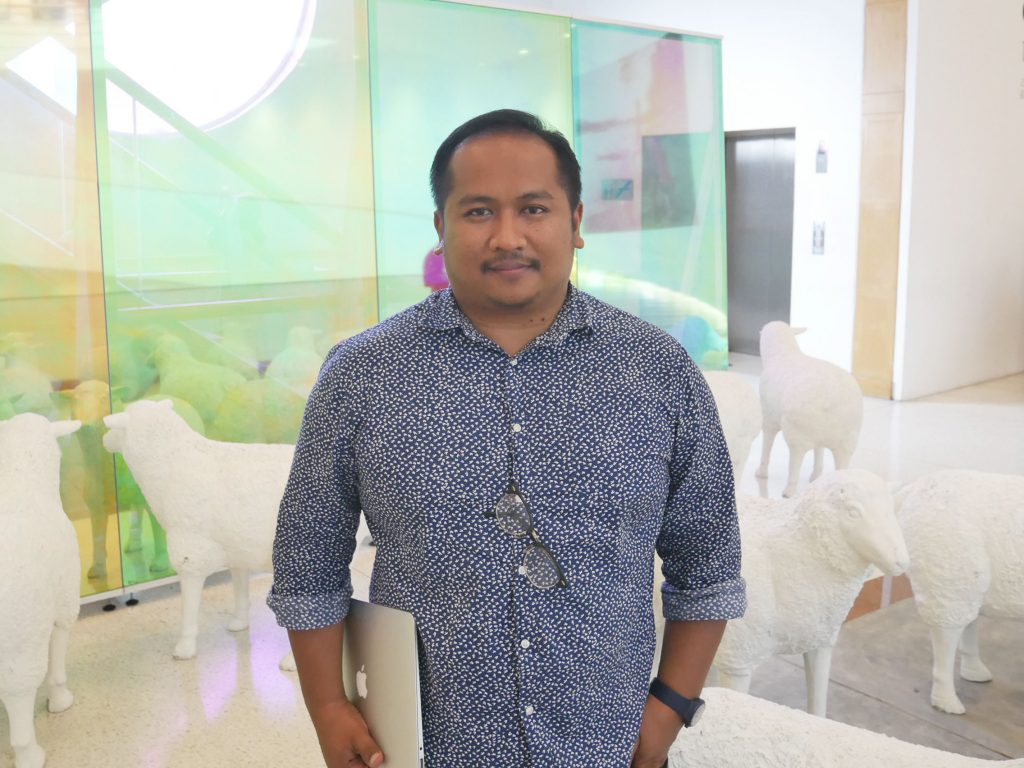 Samak Kosem received his bachelor of science in cultural anthropology and master's degree of art from the University of Chiang Mai. Working in the field of visual anthropology, he is one of the most noteworthy artists in the contemporary art world in Thailand at the moment, for example, he produced and published works about "Queer* in Muslim society in Deep South in southern Thailand. What is LGBTQ for Muslim communities and how is it related to his artwork?

How is LGBTQ perceived by Muslims (Muslim communities)?

LGBTQ in Muslim communities is a delicate issue and cannot be clarified from a religious standpoint. We can say the issue is still under discussion. In Muslim's doctrine, a man is a man, and a woman is a woman.
There are also have many Queers in Muslim. Even when other Muslims whispered that homosexual prayers will not reach God, they pray as Muslims. They want to preserve both themselves as Queers and their faith as Muslim.

*Queer... Originally, it was a term to express 'mysterious,' 'eccentric,' 'odd ' and so on, and it was an insult to homosexuals. But since the 1990s it has been used in a positive sense as a term that encompasses all sexual minorities.

What is the regionality of Deep South (southern Thailand) for Queer?

Samak's present location, Chiang Mai, is open to speak and express on Queer and LGBTQ issues. There are many places where minorities can speak not only in Bangkok, but also in other regions. However, in Samak's hometown of southern Thailand, men in women's costumes seen in other regions, so-called lady boys, are called by the derogatory name as "Pondan". Queers are very prominent in Deep South, with a hugh Muslim comunity. In particular, homosexuality among men is taboo in Islamic doctrine.

In addition, there is no department of art in University in Deep South. Learning at school must be pragmatic. Religiously, painting a naked woman is absolutely unthinkable.

It was only after he left his hometown that he was able to learn about art in earnest.

The most inportant things for him are; How Identity, Faith, and Work Are Harmonized.

The elements he is able to be like himself;
- Religion
- Sex
- Border
He will focus on these themes and shape the concept. He is looking for an answer in progressive form by his own artwork.

“I would like to think about society and communicate with people to produce my works.

Instead of clarifying everything, there are many things I want to try using multiple methods of expression, such as music and footage, documentaries, and photos.

And I'm interested in staying in one place as a project and producing works. As for the place, it is also the border that is listed as a theme. Borders are places where a variety of people and cultures have come and go, and new waves have emerged. In foreign countries, it would be nice if I could communicate through art in borders in Taiwan and the Philippines, etc.”

Samak Kosem
Born in 1984, in Thailand

Education
Received a bachelor's degree in science of Culture and Anthropology and a master's degree in arts from Chiang Mai University.

Working in the field of anthropology, recent studies in southern Thailand focus on Islamic culture and non-human relations.
His work is depicted through photography and visual ethnography as one of his methodologies which can reflect partial truth/facts from his research.
He is interested in research focusing on Islamic homosexuality to understand the limitations of gender perspectives in his local and regional areas.
Most of his works are published in books and academic journals.