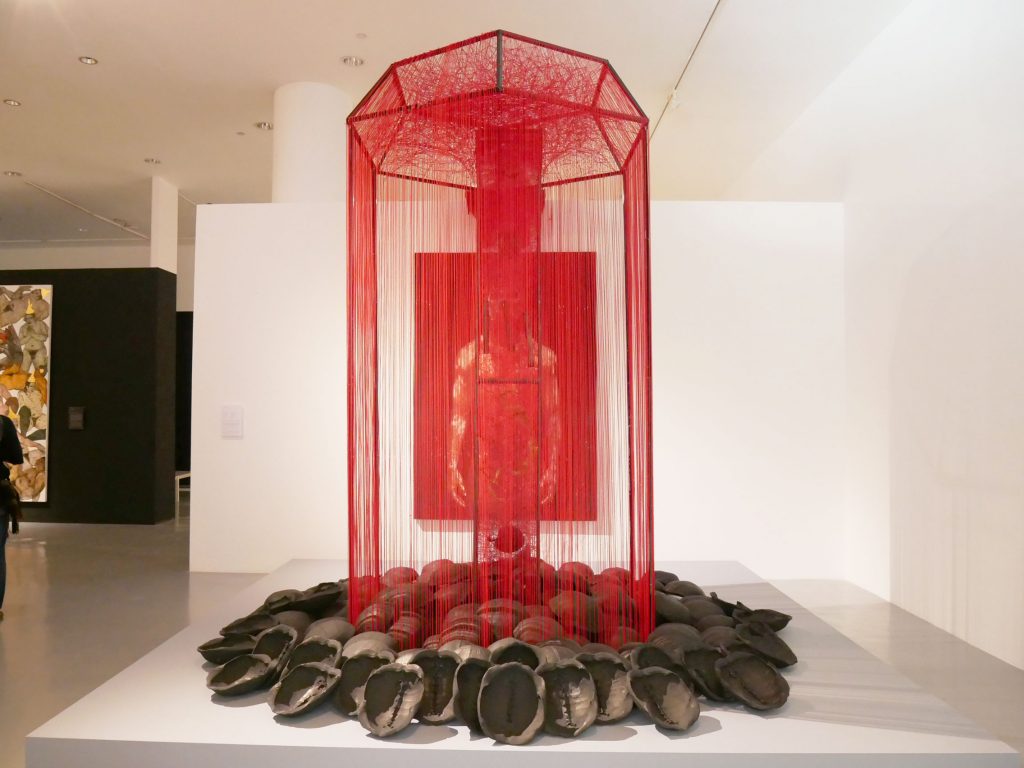 From 23rd November 2019 to 1st March 2020, an exhibition 'SPECTROSYNTHESIS II – Exposure of Tolerance: LGBTQ in Southeast Asia' was held on the seventh and eighth floors of the Bangkok Art and Culture Centre in Bangkok, to explore the creative histories of lesbian, gay, bisexual, transsexual, and queer, centered on Southeast Asian artists. Here are some of the exhibitions that showcase the works of the region's biggest 58 artists.

'SPECTROSYNTHESIS II' is an exhibition by Sunpride Foundation following 'SPECTROSYNTHESIS – Asian LGBTQ Issues and Art Now', which was announced in 2017 at the Taiwanese MOCA Taipei (Taipei Museum of Art: Museum of Contemporary Art Taipei) and received high acclaim. Regarding social tensions that may be caused by socially-featured sexual preferences and gender identity differences, the curator Chatvichai Promadhattavedi selects a strong lineup for dialogues on these issues, highlighting how boundaries change, social frameworks open, and established norms and values are questioned.

Featuring artists from Southeast Asia as well as artists of Indian and Chinese descent, the exhibition has received great attention for its background in the acceptance of LGBTQ communities and its convening in the Southeast Asian region, which is a melting pot of cultural and religious traditions.

'Behind the Scenes of LGBTQ'

On the first day, 23rd November, there was a talk entitled 'Behind the scenes of LGBTQ' which is about experiences, perspectives, and works related to LGBTQ by curators and artists. Talk covers the complex relationships that are currently occurring, such as social context, cultural differences, diversity of preferences, and gender identity.

An installation of three pieces of fabric, spanning two meters each, created to make adolescent pain immortal. The geometrical motif on the quilt work is a pink triangle that the Nazi Party used to identify and shame gay people, and is now a symbol of the pride of the gay community.

The work of Malaysian artist, Anne Samat, a pioneer in textile arts, is a three-meter-long rainbow train made of carving and textile materials, a trademark of ambiguity. The top of the train is colorful, but the bottom is black and dark monochrome, suggesting an imbalance between the top and bottom. It expresses the desire of LGBTQ communities to rise from the ashes like a phoenix.

The painting installation work by Krissadank Intasorn represents the inside and outside of the artist. The outside of the cube shows how he presents himself to the world. The inside depicts himself living in a deep heart.

This work expresses that the interaction between imaginary self and the famous Austrian painter, Egon Schiele (1890-1918). The character in this painting is a Muslim bisexual human. Using distorted naked bodies, it denies that people have opportunities to think freely, conveys the effects of identity, gender roles, etc., explains how it leads to discriminatory behavior, and promotes a discussion. This is similar to the myth in which the story is determined by the Creator.

Thailand in Southeast Asia, an important position for the acceptance of minorities, was a valuable exhibition where gathered powerful messages from artists.