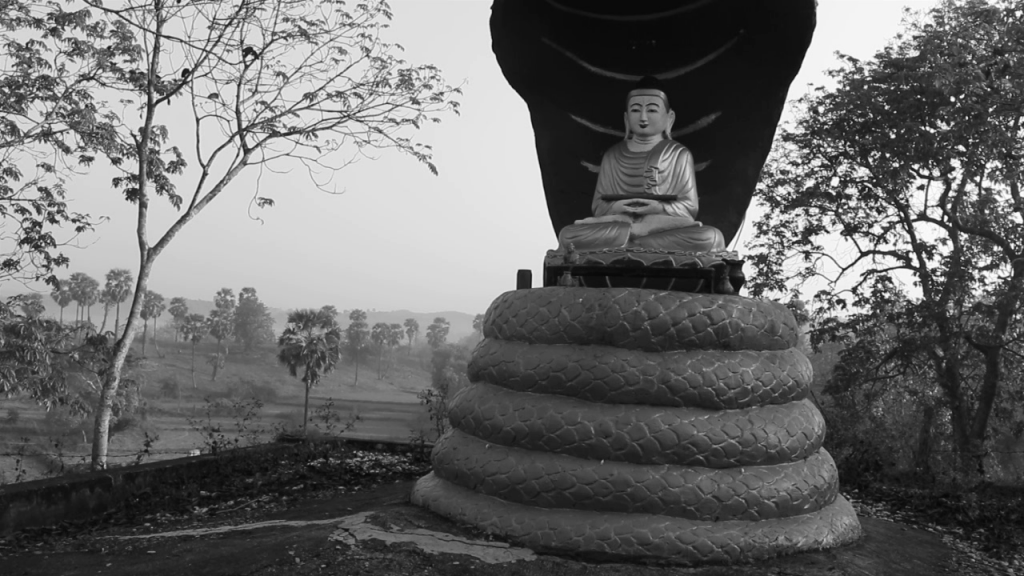 This video took its origin and inspiration from the following poem written by Maung Day himself:

They haven’t discovered a cure for cancer.
The Buddha can’t do anything about that either.
In fact, the Buddha has nothing to do with that.
A farmer explains the danger of a virus
To his pigs lying dead all over the farm.
A boat tied to a pole at the village pier
Dreams about distant harbors and sunlight.
Every day the village administrator receives
Complaint letters about a man-shaped
Creature that runs about the village at night.
Nobody knows where he comes from
Or where he hides in the daytime.
Meanwhile the population of the village
Has increased but not enough jobs.
Somewhere upstream, three men rape
And kill a young girl on her way home
After picking mushrooms in the forest.
The stream carries her blood and makes
The flowers downstream turn blue.

Many of Maung Day’s poems and artworks came out of the artist’s experience working in rural communities. He looks deeper into the everyday life of community members that is shaped by religious belief, local folklore, livelihood, and external forces social, political, and economic. In this video, he puts on the same surface the fantastic and the real, and the beautiful and the violent, and uses the textures and imagery generated from this mixture to provoke thoughts and feelings about the human world and its problems.